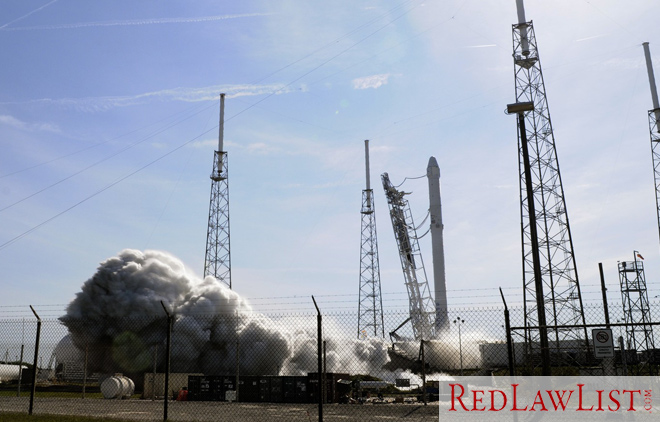 Elon Musk’s SpaceX is facing a negligence lawsuit dating back to June 2020. A  car accident near the company’s Texas facility led to 1 man’s death and severe injuries to his family. The SpaceX lawsuit involves potentially $20 million worth of damages and is shaping up to be a highly contested legal battle.

SpaceX has a facility in the small community of Boca Chica, just outside of Brownsville, TX, on the southernmost tip of the Lone Star State. Boca Chica is accessible only via a 2-lane state highway. SpaceX bought a large amount of property to conduct rocket production and testing.

The sheer size of the facility and the scope of its projects means there is a significant amount of traffic in and out, including commercial deliveries at all hours.

The Venegas family—Carlos, Lucinne and their 3 children—was vacationing at a nearby beach on June 7, 2020. Rising tides forced them to leave at 4 a.m., in the pitch darkness.

As they drove near the SpaceX facility, there was a delivery truck parked in the middle of the narrow road. There were no lights on and the family crashed into the truck. Carlos was killed. The rest of the family all suffered spinal and leg injuries.

Lucinne is now seeking $20 million in damages from SpaceX. The complaint filed by her legal counsel alleges that the company’s setup is completely unequipped to handle large traffic volumes.

The consequence, the plaintiffs argue, is that the truck driver was left in a situation where there was little choice but to remain in the middle of the road, where Carlos was unable to see.

“Without any reflective signage, lighting of any kind, warning markers, reflective markers, stop lights, stop signs, cones, security personnel, or safety systems, the Venegas family could not see the truck at all,” alleges the lawsuit. “SpaceX failed to maintain safe access points to its SpaceX facility.”

SpaceX firmly denies wrongdoing in the lawsuit. Their formal response to the complaint says that it’s  Venegas who was the negligent party. The deceased driver, the company alleges, “failed to use the degree of care and caution which would have been exercised by persons of ordinary prudence under the same or similar circumstances, and was, therefore, negligent in the operation in question.”

The initial positions of both plaintiff and defendant would seem to leave little room for a negotiated settlement, although legal postures are known to change as the process unfolds. But at present, the Venegas family has at least 2 premises they must make in order to win at trial.

1. That the responsibility for infrastructure lies with SpaceX rather than the local government. The fact that Boca Chica is unincorporated makes this a particularly intriguing line of argument.

2. That if negligence was involved, that it was SpaceX, rather than the delivery company, that bears the burden. In short, is the Venegas family suing the wrong party?

If a court does conclude that SpaceX was responsible for improving the infrastructure and they are in fact liable, then the Venegas family will be in position to reap substantial damages. In either case, hopefully the entire tragedy will inspire improved safety conditions near the Boca Chica facility.