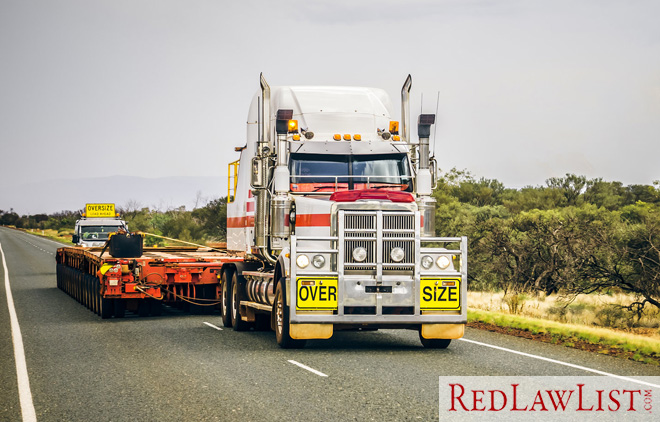 On February 21, 2016, an 18-wheeler carrying an oversized load from El Paso to Texarkana and two escort trucks were involved in a deadly accident. The 18-wheeler was carrying military supplies—a propeller for a Navy submarine. A jury in the 276th District Court in Mt. Pleasant, Texas, awarded the family of the victim a $730 million award.

The victim in the accident was 73-year-old Toni Combest. Combest was driving on Highway 271 to attend a church service when the lead escort truck ran her off the road in a blind curve that led to the White Oak Bridge near Mount Pleasant, Texas. When Combest’s vehicle drove onto the bridge, an 18-wheeler carrying the propeller was in her lane.

According to court documents, the driver of the 18-wheeler was able to swerve his truck out of Combest’s path. However, he was powerless to get the 16-foot-wide load out of her way before the collision, as the bridge along that section of Highway 271 is only 26 feet wide.

Court documents state that the vehicles (both the lead escort and 18-wheeler) were traveling at 70 MPH as they approached the bridge, and there wasn’t much communication between the drivers. The collision caused the top section of Combest’s car to shear off.

The claims against Landstar Ranger and S&M Pilot Service were settled before the case went to trial for $50 million and $1 million, respectively. The case against 2 A Pilot Cars was delayed due to COVID-19. The jury in the case found 2 A Pilot Cars responsible and awarded Combest’s family $480 million plus an additional $250 million in punitive damages for a total award of $730 million.

According to one of Combest’s lawyers, Brent Goudarzi of Goudarzi & Young, the verdict is the “single largest wrongful death verdict” that involved a single person in U.S. history. Furthermore, according to Goudarzi, “That jury stood up against the entire industry and is going to force them to affect changes. They’re going to make roads in Texas, and specifically all over East Texas, safer.”

Goudarzi believes this verdict will encourage the over-sized load and escort industries to examine the way they run their companies. He also hopes that citizens will help to hold these industries accountable if they refuse to follow state laws, put off their required training and certifications, and put their profits above the safety of their employees and the public.