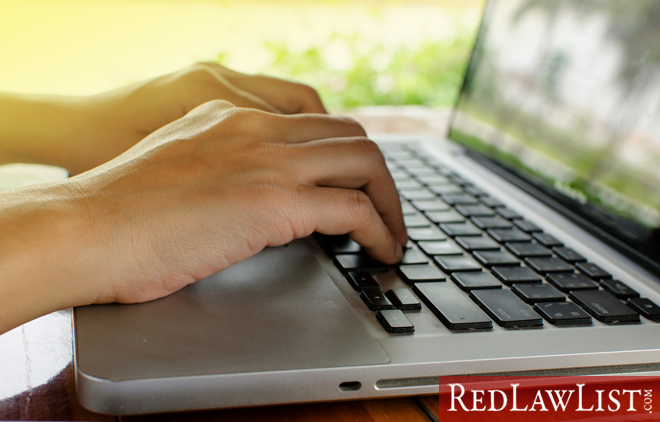 Stalking laws vary across different states. For people in complicated relationships that might turn contentious, you may wonder what it might take for others to be arrested and charged with stalking.

Stalking is a form of malicious behavior

Stalking is considered a crime across the country, but the laws vary by state.

For example, rather than treating stalking as a one-time occurrence, most states, including Texas, treat stalking as a pattern of malicious behavior.

Examples of a pattern include contacting the other party through phone, email, social media or other forms of communication—or physical actions, such as following someone.

These interactions must be unwanted and unwelcome by the recipient, giving them a reason to fear their safety or well-being.

State laws regarding stalking often extend to the victim’s family, other household members or a person they are dating. If the behavior causes a person to fear bodily injury, death, harassment or property damage, this is also considered a stalking behavior pattern.

An example would be an estranged spouse or romantic partner showing up at the other person’s home or business repeatedly in a way that causes anxiety.

Stalking laws are summarized in states’ penal codes. These laws prohibit a person from taking part in behavior that they know (or reasonably should know) will make another person feel fearful or concerned for their safety. The behavior patterns associated with stalking are different from sexual harassment; a civil offense dealt with differently under the law.

Does stalking have to be outright?

Although stalking often takes the form of an outright threat, threats can also be implied or veiled.

Outright threats occur when someone claims that the stalker threatened them with violence or death, or threatens a loved one or a pet.

An implied threat can include suggesting harm rather than making a direct threat, such as the stalker stating that they are displeased and might do something because of their displeasure.

A stalking charge is possible under either of these scenarios.

Stalking can be a felony

The majority of states consider stalking a serious crime because of its likelihood of leading to more serious, violent crimes. In Texas, stalking is either a third-degree felony or second-degree if it’s a repeated offense.

A person convicted of stalking charges, depending on the state and number of times previously convicted, may spend anywhere from 1 to 20 years in prison. Stalking offenses in all states either constitute serious misdemeanors or felonies. Fines may range from $1,000 to $10,000.

Cyberstalking laws in the U.S. treat this offense as a crime. In Texas, the Communications Act passed in 2001 treats acts regarded as cyberstalking as mental assault.

Some of the examples of behavior that can constitute cyberstalking include:

Cyberstalking punishments can include charges ranging from misdemeanors to felonies. Lengthy prison sentences and large fines could result from something as simple as a misunderstanding or retaliation because of a troubled relationship.

Defenses to these charges can involve your right to free speech being infringed upon or citing the unfounded nature of such claims.

There are also possible federal charges related to cyberstalking, despite some states lacking laws that specifically address cyberstalking. Threats transmitted over the Internet are considered “interstate” (or between states), which means that they can be prosecuted under federal law.

A conviction on federal cyberstalking charges can include a sentence of up to 5 years in prison and a fine of up to $250,000.

When to hire a stalking or cyberstalking defense attorney

There are many actions that are not cyberstalking but are construed as such. For example, there is a difference between constant contact against someone’s objections and occasionally checking on someone.

A false claim of stalking might be used as a form of retaliation or vengeance. Even though these claims might be unfounded, they are damaging.

If you’re faced with a stalking or cyberstalking charge, you need to contact an experienced attorney to help protect your rights. Otherwise, you might face time in prison because of someone else’s malice.