Home / Criminal Law / What Does A Grand Jury Do? How Does It Differ From A Trial Jury? 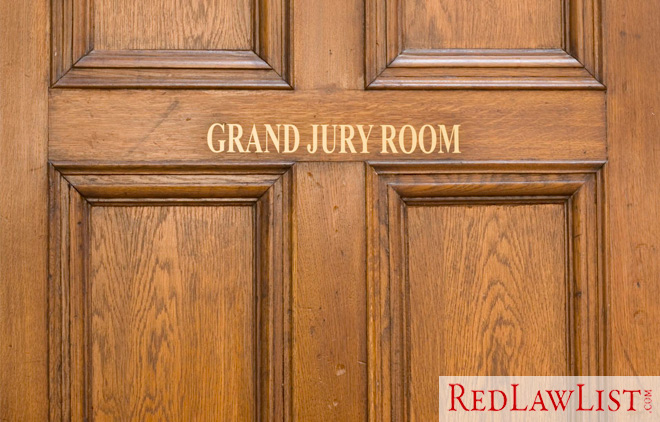 We often hear reports of what a grand jury decided in high-profile cases like corruption in government or on Wall Street. But how many of us know what that means? Does a grand jury differ from an ordinary jury? What are the implications of their verdicts and how do they reach them? In short, what does a grand jury do?

The most fundamental difference between what a grand jury does and what a regular trial jury does, is that the grand jury is at the beginning of the process and their job is simply to determine whether an indictment should be brought.

While a trial jury has to make hard decisions on which side they believe and to settle the case, a grand jury need only determine that there is probable cause on which to base an indictment.

*A grand jury verdict need not be unanimous. A supermajority of two-thirds or three-quarters will be sufficient. Grand juries may also be as large as 23 people.

*Grand jury members are free to ask questions and obtain whatever evidence they can in order to reach a decision, whereas a trial jury member is bound by what the attorneys present.

*It’s not mandated by law that the person accused be able to appear, although as a practical matter most prosecutors give the potential defendant the opportunity to be heard.

*A grand jury verdict is not binding. They might decide against indictment, but if the prosecutor feels strongly enough, they can still proceed.

In practice, this rarely happens—a grand jury is seen by the DA’s office as a test run for how a jury trial would go and the process for picking jurors is fundamentally the same. A case that can’t get a supermajority to believe they have probable cause is unlikely to get a unanimous vote of guilty beyond a reasonable doubt at trial.