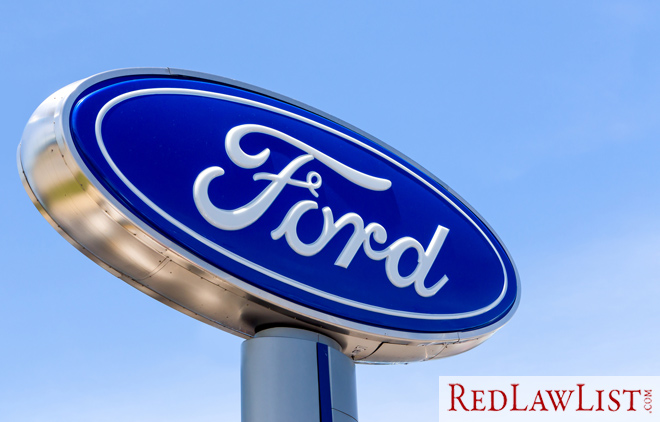 A Ford lawsuit that is appealing state Supreme Court decisions in Minnesota and Montana was argued in front of the U.S. Supreme Court in October. The case is a high-profile showdown between the automotive giant and no fewer than 40 state attorney generals, and will have significant ripple effects on issues pertaining to consumer rights, the Internet economy and the 14th Amendment to the U.S. Constitution.

The backdrop is this:

In 1994, Minnesota resident Adam Bandemer was injured because the airbag in his Ford Crown Victoria was defective. The vehicle had been designed and manufactured in neighboring North Dakota and Ford therefore argued that Minnesota courts lacked jurisdiction. The state Supreme Court disagreed.

A similar case happened in Montana 2 years later, when a woman died because of a tread/belt separation on the highway. In this case, the car had been designed and manufactured in Washington state. Ford argued Montana courts lacked jurisdiction. The state Supreme Court disagreed.

With both cases involving the same legal principles, the United States Supreme Court took Ford’s appeals of both verdicts and combined them into a single case.

Ford’s legal team has taken the position that the 14th Amendment’s protection of due process means that defendants have to be sued where they live, do business or have sufficient contact. The purpose for this is to prevent a plaintiff from looking all over the country for a favorable judge.

The position of Montana and Minnesota, along with the state AGs who support them, is that Ford does extensive advertising in the states where the injured consumers bought the cars. They further point out that Ford sponsors events in these states and uses service data from dealerships in those states.

On the surface, Ford’s position would appear to be untenable. Injured victims have been able to bring legal action in the state where they were injured, so long as the manufacturer did business in those states. The state AGs point out that if Ford prevails, future plaintiffs would be required to do extensive travel to file lawsuits. This would be a difficult burden in any instance and nearly impossible in instances where a vehicle was manufactured abroad.

Court-watchers who observed the proceedings noted that the questions coming from Justices Clarence Thomas and Elena Kagan—considered to be philosophical opposites in legal matters—both seemed skeptical of Ford’s position on the grounds above.

But on the flip side, Chief Justice John Roberts questioned AGs from another angle. While this particular case might seem easy because of Ford’s resources, what about a small merchant who makes products and sells them on the Internet?

Are mom-and-pop shops like this going to be subject to civil lawsuits across the country?

Unlike Ford, this individual wouldn’t have the resources to handle a legal defense.

How the justices resolve these competing claims and what criteria they used to do so are going to set an important precedent. It’s worth noting though, that simple math works against Ford right now.

Only 8 justices were seated at the time of the hearing, which fell in the interim period between the death of Ruth Bader Ginsburg and the confirmation of Amy Coney Barrett. If the Court deadlocks at 4-4, the lower court decision stands—the ones that went against Ford.