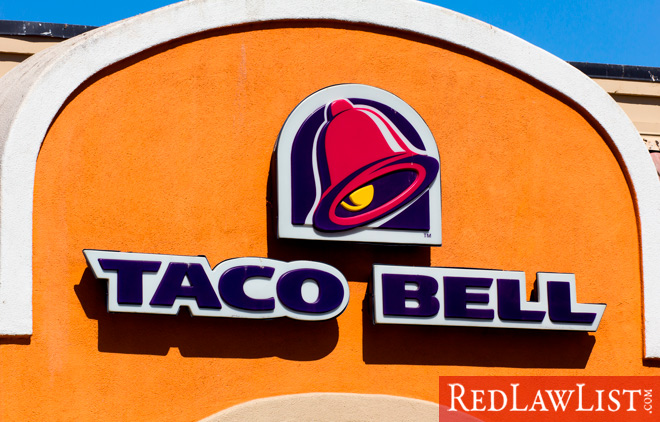 There was a commercial in the 1980s with the punchline, “Where’s the beef?” That was for Wendy’s, the fast-food hamburger restaurant. But in 2019, it might better apply to Taco Bell.

In October 2019, a Taco Bell customer reported finding what was termed a “metal shaving” in their seasoned beef, used to fill the restaurant’s burritos and tacos. To its credit, higher-ups moved quickly to protect consumer safety. The supplier, Kenosha Beef International issued a recall for over 2 million pounds of beef.

The Taco Bell beef recall has not gone unnoticed by customers. The safety move impacts outlets in 21 states, in the areas of the country where the eastern part of the Midwest, the northern part of the Southeast and the southern part of the Northeast intersect. Social media was alive with comments by flabbergasted customers who ordered a taco or burrito and were informed there was no beef. It was understandably seen as something akin to Chick-Fil-A not having chicken or Olive Garden being out of pasta.

But it was the right thing to do. “Nothing is more important than our customers’ safety, and nothing means more to us than their trust,” said Julie Masino, president of Taco Bell Corp., North America. “As soon as we received the first consumer complaint, we immediately acted to remove the product from the affected restaurants and proactively worked with the supplier to inform the USDA (U.S. Department of Agriculture) of our steps to protect our guests.”

Normally words like these from the front office have to be used as cover after a tragedy. In this case, they carry credibility, as the USDA was able to confirm that no adverse reactions from the beef supply were being reported.

But doing the right thing often carries financial costs and this situation will be no different. Taco Bell has issued another statement asking customers in the affected regions to consider trying “other delicious proteins” like chicken or steak.

The restaurant has been through this before. In 2006, an outbreak of E-coli was traced to the Taco Bell beef supply and it took a year for the company’s bottom line to recover. Taco Bell can use its demonstrated commitment to the safety of the customers as a marketing benefit in the attempt to win people back into their stores.

Another flip side to the financial losses is that there also no defective product lawsuits in the pipeline—in this case, ones that could have class-action potential. Product liability cases can be expensive, so Taco Bell’s biggest financial benefit to this beef recall might simply be the losses that never materialized in courts.

In the meantime, Taco Bell has said they are “working diligently” to get a safe supply of beef back into the stores.